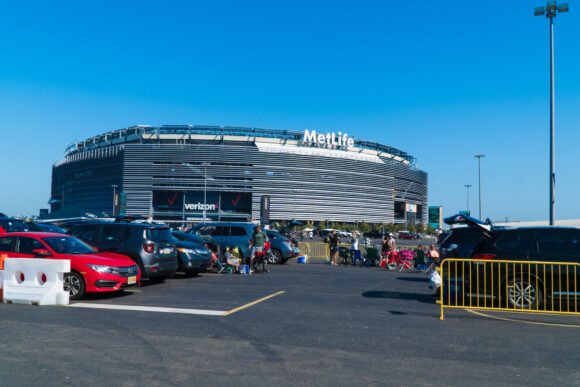 Plaintiffs upset that the National Football League teams Giants and Jets call themselves New York teams when in fact they play their games in New Jersey have amended their class action complaint to demand that the teams drop New York from their franchise names.

The original complaint, filed in federal court in Manhattan in January, had requested that the teams move their home games to New York and out of New Jersey.

The plaintiffs allege that the NFL, the teams and MetLife Stadium in New Jersey where both teams play have engaged in false advertising, deceptive practices, fraudulent misrepresentation and negligence.

Now, however, the plaintiffs, New Yorkers Abdiell Suero and Maggie Wilkins, maintain that because the teams have refused to move, they want the teams to stop using New York in their names.

The complaint also seeks $2 billion in damages and asks MetLife Stadium to discontinue its “cash-free” policy at concessions, which the plaintiffs say violates New Jersey law.

The NFL, the teams and the stadium have moved to have the complaint dismissed, arguing in court documents that the claims are without merit and not worth the court’s time. Instead, they are “calculated to score points in headlines, not in the courtroom,” the defendants claim.

“There is nothing misleading about the Giants’ and Jets’ use of New York in their names, at all,” the motion to dismiss says, noting that both teams have been using the New York name for decades. The Giants have played in New Jersey since 1976 and the Jets since 1984.

The plaintiffs’ action seeks to represent all who have attended NFL games at MetLife Stadium since 2016 and were deceived and confused by the defendants’ marketing.

The complaint takes pointed aim at claims by MetLife Stadium that it is the “number one stadium in the world,” that it “sets the standard for venue excellence with state-of-the-art technology, comfort and amenities,” that it “hosts the World’s Biggest Events, on the World’s Biggest Stage,” and that it “tops the industry charts annually since opening.”

The complaint alleges that all of these statements are “false and materially misleading.” The complaint says MetLife Stadium is located in the “swamps of East Rutherford, New Jersey” and “the Giants, Jets, and MetLife Stadium have absolutely no connection whatsoever” with New York.

The Giants, Jets, and MetLife Stadium pay no taxes to the city, county, or state of New York while using its name and landmark buildings for advertising, the complaint further claims.

The plaintiffs allege that if these businesses can “engage in this blatant interstate false advertising, then other individuals and entities can misname their franchises, businesses, and products after a neighboring state that has superior marketability without consequence, causing a likelihood of confusion.”