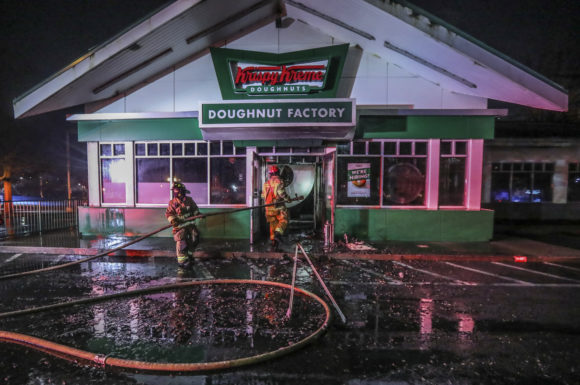 Atlanta TV 11Alive reported that the city has budgeted for about 1,000 fire personnel, but that many have left in recent months because the pay is not competitive, city council members were told.

“They’re leaving every week. And it’s because of the pay,” firefighter union President Nate Bailey told council members, according to the news report.

The union has said that top firefighters in Atlanta make about $55,000 annually. But in nearby Gwinnett and Cobb Counties, it’s closer to $70,000.

For months, some firefighters have had to pull double shifts, to man the fire stations. The Atlanta fire chief said in April that he hopes that city officials, which have been embroiled in corruption investigations at city hall, will raise firefighter salaries soon.