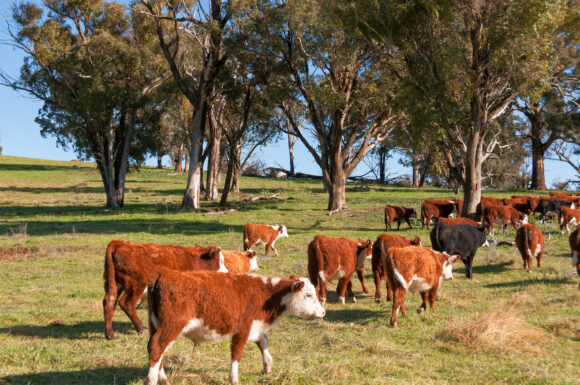 The risk of foot-and-mouth disease reaching Australian shores has escalated as an outbreak sweeps through cattle herds in Indonesia.

More than 20,000 animals have been infected by foot-and-mouth disease across 16 provinces, according to Indonesia’s agriculture ministry. Some analysts are concerned the virus will soon reach tourist hotspots like Bali, raising questions over whether Australian travelers should be banned from going there.

Foot-and-mouth is a highly contagious disease that affects cattle, sheep, goats and pigs. It is characterized by fever and blister-like sores on the tongue and lips, in the mouth, on the teats and between the hooves. The virus has not been detected in Australia for more than 100 years, according to the government.

Australia’s Chief Veterinary Officer Mark Schipp said his department is reviewing a previous risk assessment made last year that put the chances of an incursion within the next five years at 9%, and that the new figure would “certainly be higher” in light of the growing outbreak in Indonesia.

“The situation there is very serious,” said Schipp, who recently returned from the Southeast Asian nation, where the disease has spread extensively across the western region. “They don’t have any vaccine in the country and they’re largely unable to put in place movement restrictions to stop animals being moved about, which is allowing further spread of the disease.”

The disease poses a serious threat to the A$32 billion ($23 billion) livestock industry Down Under. A widespread outbreak would have an estimated direct economic impact of around A$80 billion, according to the Australian Bureau of Agricultural and Resource Economics and Sciences.

Still, the nation boasts some of the strongest biosecurity laws in the world, and as a result, the risks of that occurring are “very well managed,” Schipp said.

Since the start of the outbreak in Indonesia, the Australian government has sent support to Jakarta, including an offer of funding for a vaccine, technical assistance to improve on-farm biosecurity and additional capacity to ramp up laboratory and diagnostic capabilities. Last month, Indonesia said it would start producing its own shots for its herds.

“The animal health and veterinary services are largely decentralized,” Schipp said. “You can have vaccine available to a national level, but how it gets into animals at the provincial and district level can be quite challenging.”

With around 65 million susceptible animals in the country, foot-and-mouth disease is likely to persist for “a number of years” in Indonesia, he said.

–With assistance from Eko Listiyorini.

Photograph: Red and white hereford cows walking on paddock with eucalyptus trees in the background in Australia. Photo credit: Bigstock