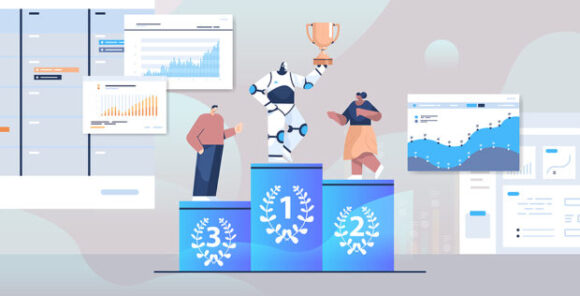 At a time when auto insurers react to inflation shocks by filing rate increases at a frenetic pace, an insurtech CEO says automation of the activity is speeding his company’s actuarial rate indications onto regulators’ desks.

“We had a loss ratio better than GEICO” in the first half of 2022, “and ours is continuing to trend down. And we still are seeing a lot of the incumbents struggle to actually take rate in the market,” Alex Timm, chief executive officer of Root, told Barclays analyst Tracy Dolin-Benguigui at the Barclays Global Financial Services Conference Monday.

While Timm and Root’s Chief Financial Officer Rob Bateman also said that having a book of business that is not heavy in the tough regulatory states of California, Florida and New York has also helped the insurtech achieve cumulative rate increases of 25 percent across 34 rate filings this year, Timm talked about recognizing the need for rate hikes earlier than competitors and the automation of actuarial ratemaking work when Dolin-Benguigui asked him to elaborate on success drivers.

In second-quarter 2021, “we really saw, I think, what most auto insurance carriers are dealing with today, which is probably the largest ever increase in loss costs in a relatively short period of time. I think in 60 days we saw used car prices, on average, go up about 25 percent,” Timm recalled.

“Since then, we have been laser-focused on underwriting profitability. We reacted faster than our competitors. And we believe that over the last year, we’ve driven down our loss ratios substantially for the first time ever. Actually, for the first six months of this year, our loss ratios surpassed [and] are now superior to multiple of the top 10 carriers in the United States,” he asserted.

“We’ve been very, very focused on driving to underwriting profitability through leveraging our technology stack to allow us to actually get new rates in markets quickly,” he said.

Timm’s reference to technology prompted Dolin-Benguigui to ask for more details—and more specifically, whether Root might be able to take the intellectual property involved and “commercialize that to other carriers.”

Timm, who started his insurance career as an actuary, gave his take on the typical process of filing a rate increase at a large incumbent based on his experience. It involves a lot of spreadsheet work, he said.

“You’re taking data out. You’re loading it into a spreadsheet. You’re trying to make a chart that a regulator asked for. It might take you a week to get it right. Sometimes the data’s wrong and it’s all of this back and forth.”

“It’s this really onerous process. Oftentimes there are multiple backend systems that the data’s in that you’re trying to marry. It’s a bit of a mess,” he reported.

“That’s why you’ve got companies like Guidewire and these other companies that have multibillion-dollar market caps, just trying to solve that one problem,” he continued.

“At Root, when we started, we actually started with an engineering platform,” he said, noting that Root actuaries were considered the customers of the tooling team. Today, “we have about 85 percent of our actuarial workflows [that] are 100 percent automated,” he said.

“If you think about it, insurance is just a quantitative problem. I’ve got new data. I need to always have, generally speaking, the same support exhibits” to send to a regulator. “I can hit a button and that filing’s created. And once that filing’s created, I can pass it over to the regulator. If they have any additional questions, we generate pretty much all of those exhibits in an automated fashion as well,” he said.

“That’s really why we’ve been able to position ourselves through this period of what I’d call hyper-trend or hyperinflation just much faster. That’s why we’ve been able to get these states in line—to rate adequacy much faster than what we’ve really seen our competitors be able to do,” he stated, going on to directly address the question about leveraging the technology to earn revenues from other carriers.

Other large carriers have noticed Root’s speed, he affirmed. “In diligence, we’ve confirmed two things. One is that our technology is modular,” he said, referring to the fact that this rating or tooling platform can be used apart from other Root technology. “Two is that it’s scalable…We know that it’ll scale over a customer base of tens of millions of policyholders,” he said.

“It’s definitely an interesting play,” he said, referring to an idea teed up by the Barclays analyst. “As we move more toward balance sheet-light models, that will also be something interesting, where we could potentially have other carriers writing on our pricing platforms.”

During the session, Bateman also discussed some other capital-light plays that could be in Root’s future. “We’ll look going forward at other ways we can access paper from other carriers, whether it’s through agency agreements or, as reinsurance markets improve, [through] MGA capacity,” he said, also stating that Root is interested in both premium growth and fee income.

At other points in the session, Timm also discussed Root’s better-known technology play—the modernization of insurance through telematics—and Bateman reviewed the work the InsurTech has done to cut expenses, with more to come.

As for loss ratio improvements, in addition to rate hikes, Timm said, “we also have really invested in underwriting. Over the last year, we have really shifted our book of business mix even more toward good drivers. As we’ve declined a larger portion of bad drivers, we’ve shifted our mix to states that are more profitable,” he said, adding that some states have regulatory restrictions that make it much harder for carriers to move toward profitability.

Later, when Dolin-Benguigui specifically asked for more detail on Root’s geographic mix, Bateman said the book is concentrated in file-and-use and use-and-file states. “We’re not big in California or Florida or New York, where getting rate has been difficult. So, for us, we’ve been able, with minimal regulatory friction, to not only get most of our rate increases but also our form changes through pretty seamlessly. And they’ve been fairly significant. To give you an example, in Nevada, we took just about 55 points of rate, [and] our last rate increase in Louisiana was in the mid-30s,” he said.

Timm reported that Root has revised underwriting forms in 23 states.

“What about the frequency of rate filings? Is there any pushback from any states you go in several times?” Dolin-Benguigui asked.

“Nothing that’s prevented us from getting timely rate increases,” said Bateman.

“There are some states where as soon as the one rating plan is approved, the next one comes in the same day. And we have not heard, at this point, a lot of consternation,” Timm agreed.