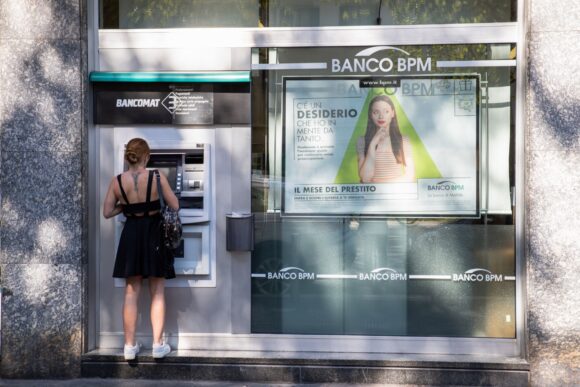 AXA SA is in early-stage talks to buy a controlling stake in Banco BPM SpA’s insurance businesses valued at about 1.5 billion euros ($1.6 billion), according to people with knowledge of the matter.

AXA is considering a deal once Banco BPM has taken full ownership of several insurance businesses where it has partners, the people said, asking not to be identified as the plans aren’t public. Still, the talks may falter after Credit Agricole SA last week bought a stake in Banco BPM, some of the people said.

Banco BPM, Italy’s third largest bank, is at the center of speculation that it may be a takeover target for larger peers. Credit Agricole has built a 9.18% stake in the lender, aimed at expanding the scope of strategic partnerships. In February, UniCredit SpA said it was evaluating all strategic options in response to queries about a report that it is interested in acquiring Banco BPM.

The insurance business also attracted interest from Credit Agricole, which had informal contacts with Banco BPM earlier this year over the units. The units were one reason why Credit Agricole decided to buy a minority stake in Banco BPM, as it seeks to discourage possible competitors, some of the people said.

Since Banco BPM was formed in a 2017 merger, CEO Giuseppe Castagna has revamped the asset management, insurance and consumer-credit businesses to eliminate duplication and increase profitability. Banco BPM has been accelerating the process of acquiring full ownership of local insurance partnerships to try and gain greater value from them, CFO Edoardo Ginevra said last month.

Insurance admin - June 23, 2022 0
Hundreds of cars, trucks and recreational vehicles were backed up in long lines at entrances...