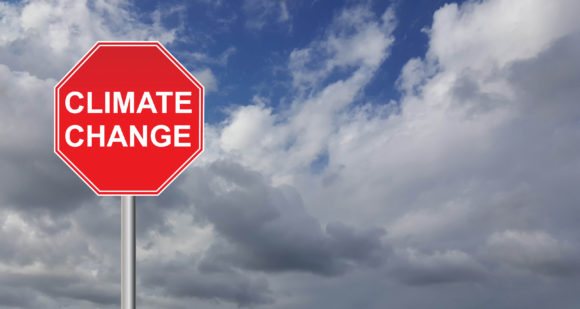 Big oil firms totally failed to make a federal case in their defense of a lawsuit seeking to hold them accountable for damages caused by climate change.

The city of Baltimore won its fight to have its climate change lawsuit against more than 20 energy firms returned to state court, where it believes it has a better chance of obtaining damages for the harms it maintains the fossil fuel firms knowingly have inflicted on the city and its residents over decades.

“The impacts of climate change undoubtably have local, national, and international ramifications. But those consequences do not necessarily confer jurisdiction upon federal courts carte blanche,” Senior Circuit Judge Henry Franklin Floyd wrote for the court.

“In this case, a municipality has decided to exclusively rely upon state-law claims to remedy its own climate-change injuries, which it perceives were caused, at least in part, by Defendants’ fossil-fuel products and strategic misinformation campaign. These claims do not belong in federal court,” the judges concluded.

This was the circuit court’s second time supporting a remand of the case to state court. Its first narrow ruling in support of a remand to state court was appealed by the defendants to the U.S. Supreme Court, which in turn sent it back with instructions to more fully review all of the issues in deciding if the case should be in federal court.

The appeals court took up the challenge, addressing the eight reasons the defendants claimed the Maryland city’s lawsuit is a federal case. in a 93-page opinion, the court found the reasons unconvincing and left no doubt the defendants had totally failed to prove their case.

The court noted that there is a rebuttable presumption against finding a complete preemption of a state-law claim that can only be overcome if the removing party satisfies a “significant burden” of “establish[ing] [a] congressional intent to extinguish similar state claims by making the federal cause of action exclusive.’ The defendants failed to do so, the court decided.

At another point, the judges discuss the defendants’ primary argument for federal jurisdiction, which was that Baltimore’s complaint is “necessarily and exclusively governed by federal common law.” However, Baltimore stressed that its suit has “nothing to do with any body of federal common law” and the appeals judges said they “resoundingly agree with Baltimore.”

The opinion deals only with the jurisdiction issue and not with whether Baltimore will ultimately fail or succeed in proving its claims under Maryland law. “We cannot decide those questions. But we are confident that Maryland courts can capably adjudicate claims arising under their own laws that fail to otherwise provide any federal jurisdiction,” the judges determined.

The lawsuit accuses oil and gas companies of knowing for the about past 50 years that there is a link between fossil fuel production and climate change, but actively working to hide the dangers from the public through marketing rather than trying to minimize the damage.

Baltimore seeks to shift the burden of its climate-change costs onto the defendants that include BP, ConocoPhillips, Exxon Mobil, Shell, Phillips 66, Marathon, Citgo, CNX Resources, Hess and Consol Energy and other large national and international energy firms.

Baltimore is looking to ensure that the parties that have “profited from externalizing the responsibility for sea level rise, extreme precipitation events, heatwaves, other results of the changing hydrologic regime caused by increasing temperatures, and associated consequences of those physical and environmental changes, bear the costs of those impacts on Baltimore.”

The appeals judges cited general rules that a plaintiff is the “master of the claim” and may avoid federal jurisdiction by “exclusive reliance on state law” in drafting his complaint, which the court found Baltimore did. Furthermore, a plaintiff’s complaint “may not be removed to federal court on the basis of a federal defense, including the defense of pre-emption, even if the defense is anticipated in the plaintiff’s complaint, and even if both parties concede that the federal defense is the only question truly at issue.”

The judges also dismissed the defendants’ argument that the federal Clean Air Act should control. The judges said that the federal act is not the only basis for climate litigation and they found no conflict between federal and Baltimore’s interests.

Baltimore’s is one of a number of municipal climate lawsuits filed against the energy industry. Baltimore’s attorney, Vic Sher, is with the law firm Sher Edling, which is involved in 20 municipal lawsuits against oil companies and all but one have been filed in state courts.

Connecticut, Massachusetts, Minnesota, the District of Columbia and Delaware along with the cities of Annapolis, Charleston, New York and Honolulu are among the entities that have sued.

Exxon Mobil Corp. won a securities-fraud trial over its internal accounting for the financial risks of climate change. New York State had claimed that the company misled investors for years.

A Massachusetts state judge has rejected Exxon Mobil Corp.’s bid to dismiss a lawsuit by the state attorney general accusing it of misleading consumers and investors about its role in climate change.