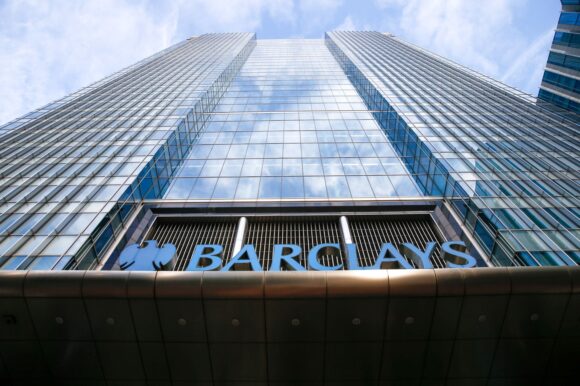 Barclays Plc was hit with three discrimination claims in London from Black bankers who accused the lender and colleagues of treating them unfairly because of their race, after they raised concerns about internal business issues.

The cases are being heard together at London’s employment tribunal as they cover similar allegations of race discrimination. All three men are Black and come from Cameroonian backgrounds.

Race discrimination claims at UK employment tribunals surged after a rise in public consciousness of race issues following the Black Lives Matter movement and death of George Floyd at the hands of police in Minneapolis in 2020. UK employment tribunal claims for unfair dismissal are usually capped at a payout of just over £93,000 ($113,070) if you were let go after April this year. But damages are unlimited if discrimination is proved.

Christian Abanda Bella, who works in the investment bank’s analytic team, said he blew the whistle on “an attempt by some executives to sabotage” regulatory process on price model systems, according to court documents. He said he was then labeled as “aggressive” in performance reviews – which he says was tied to his race.

Louis Philippe Samnick, a colleague of Abanda Bella’s, alleges he faced similar treatment when he outlined concerns on a team project. He said colleagues wanted to portray him as a “troublemaker” and he wasn’t given the opportunity for a promotion because of the color of his skin.

Meanwhile the third person, Henry-Serge Moune Nkeng who works in Barclays’ risk team, sued the bank for discrimination. Moune Nkeng’s allegations relate to race and disability discrimination following a leg injury and having to take time off. Though some of his claims were dismissed by the tribunal.

Barclays denies all of the allegations. A lawyer for Barclays asked a judge to throw them out at a hearing last week, claiming the cases were brought too late for them to be considered by a judge. A spokesperson for Barclays declined to comment.

Lawyers for Barclays said Abanda Bella’s allegations were triggered by the claimant’s inability to “take on board constructive criticism,” in court documents responding to the allegations. While the lawyers said that Samnick was an “inconsistent performer requiring management.”

A judge will make a decision on whether the cases can continue to a full hearing at a later date.

Samnick and Moune Nkeng did not respond to a request for comment. An email address or phone number to contact Abanda Bella could not be obtained.