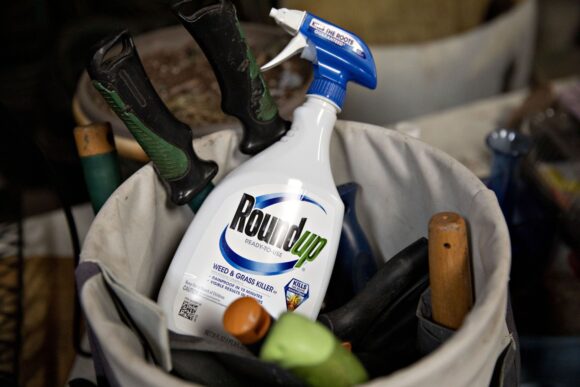 The US Supreme Court rejected a multibillion-dollar appeal from Bayer AG, refusing to shield the company from potentially tens of thousands of claims that its top-selling Roundup weedkiller causes cancer.

The justices, without comment, left intact a $25 million award to Edwin Hardeman, a California man who said decades of exposure to Roundup caused his non-Hodgkin’s lymphoma. Bayer argued unsuccessfully that federal approval of Roundup’s label meant Hardeman’s suit – and others like it – couldn’t go forward.

Bayer last year said a Supreme Court ruling in its favor would “effectively and largely end” Roundup litigation in the US. The company at the same time set aside $4.5 billion in case the justices rejected the appeal, and it said it would set up a claims program if that occurred. Shares fell as much 4.5% following the decision Tuesday.

A Supreme Court victory would have saved Bayer an estimated $3 billion from the $16 billion the company has set aside to resolve all the litigation, according to Bloomberg Intelligence analyst Holly Froum.

Bayer “respectfully disagrees with the Supreme Court’s decision,” the German conglomerate said in an email. “The company is fully prepared to manage the litigation risk associated with potential future claims in the U.S.”

The Biden administration last month urged the Supreme Court to reject the appeal.

Bayer is still seeking Supreme Court review of an $87 million award to a couple who got cancer after using the herbicide for more than three decades. That Bayer appeal includes a separate line of argument that contends a $70 million punitive damage award in the case is constitutionally excessive.

The German drugs and chemicals giant inherited the legal mess in 2018 when it acquired Monsanto Co., the herbicide’s maker. The purchase closed just weeks before the first US jury found that Roundup had caused cancer. The company lost the first three Roundup cases to go to trial but has won the three verdicts since then.

Hardeman says he used Roundup from the 1980s to 2012 on his large plot of land in Sonoma County, about 60 miles north of San Francisco. He was diagnosed with lymphoma in 2015.

He sued under California law, claiming that Monsanto’s failure to warn of Roundup’s carcinogenic risk caused his illness. Jurors awarded him more than $80 million, later cut by the trial judge to $25 million. A federal appeals court upheld the award.

At the Supreme Court, Bayer argued that Federal Insecticide, Fungicide, and Rodenticide Act shields the company from liability. FIFRA, as the law is known, says states may not impose packaging or labeling requirements that are “in addition to or different from” those under the federal law.

The Supreme Court interpreted that provision in 2005 to allow failure-to-warn suits under state law, as long as the state requirements are “genuinely equivalent” to those under FIFRA.

In its appeal, Bayer contended the verdict held the company to a tougher standard than federal regulators have under FIFRA. Bayer said the Environmental Protection Agency in 2019 told manufacturers of glyphosate, the active ingredient in Roundup, that no request to add a cancer warning would be approved because it would be false and misleading. Bayer has steadfastly maintained Roundup doesn’t cause cancer.

Under the appeals court ruling, “a company can be severely punished for marketing a product without a cancer warning when the near-universal scientific and regulatory consensus is that the product does not cause cancer, and the responsible federal agency has forbidden such a warning,” Bayer argued.

Hardeman’s lawyers disputed that contention, saying the EPA’S 2019 letter doesn’t address the “unique risks” posed when glyphosate is combined with other ingredients. They said the EPA has approved warnings on glyphosate-based formulations like Roundup and has never reached a conclusion as to whether those formulations cause cancer.

Under the Supreme Court’s 2005 ruling, “where, as here, a plaintiff proves that a herbicide is dangerous to human health, the manufacturer can be found in violation of both state and federal law,” Hardeman’s team argued.

Bayer said last year it will pull the current version of the weedkiller off the US consumer market in 2023.