The insurer first said it would pay to repair a breezeway at a student housing complex that partially collapsed during a Saturday night student party.

Then it said it wouldn’t, and sent the policyholder a “confusing” and “deceptive” denial letter that didn’t explain its change of course and misstated the terms of the policy, according to an appellate court ruling.

A four-year court battle ensued, culminating on Monday with a split appellate panel decision that adds $800,000 to the amount of damages that Philadelphia Indemnity Insurance Co. must pay for damages to a Elon, North Carolina apartment complex.

The 4th Circuit Court of Appeals, in a 2-1 panel decision, affirmed a District Court judge’s decision in favor of the apartment complex’s owner, but also ruled that the Tokio Marine unit must pay treble the amount of damages for violating the North Carolina’s Unfair and Deceptive Trade Practices Act.

“While the district court never addressed whether Philadelphia’s denial letter constituted a substantial aggravating circumstance accompanying its breach of contract, we conclude it was,” the panel’s opinion says. “The district court rightly determined the letter was deceptive.” 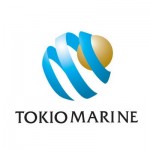 A second-store breezeway at the The Crest apartments gave way in the early hours of Jan. 14, 2018 when partygoers began jumping, according to court documents. Most of the breezeway dropped about a foot and stopped, but parts of it fell to the ground one floor below. All 12 four-bedroom units in the apartment complex had to be vacated until the breezeway was repaired.

The owner of The Crest apartments, DENC, leases the property to Elon University for student housing. DENC submitted a claim asking Philadelphia to pay for repairs as well as the cost of temporary housing.

DENC received a Jan. 25, 2018 letter from a senior claims examiner that said Philadelphia “had issued” or “will be issuing payment” for the loss. But on the following Feb. 19, it received a letter from a senior property claim specialist that stated the insurer had determined the collapse had been caused by water damage and was not covered by the policy.

“The denial letter was confusing in many ways,” District Court Judge Catherine C. Eagles wrote in an order. “It did not mention, much less rescind or explain, its earlier letter saying it would provide coverage. The letter repeated verbatim several pages of what purported to be policy excerpts, then—without explaining how these policy excerpts apply individually or in combination—noted Philadelphia would deny coverage for a reason not mentioned by those cited policy excerpts.”

DENC filed a lawsuit and a jury trial was scheduled, but then cancelled. After mediation, the parties stipulated that DENC’s “contract damages” amounted to $400,007.

Still, the parties could not come to terms. DENC demanded $1.5 million; Philadelphia offered a third as much. Eagles wrote in a footnote to her order that settling the claim shouldn’t have been so hard.

“Indeed, this is a case study for how unreasonable behavior during settlement negotiations can unnecessarily increase everyone’s litigation costs,” she wrote.

The judge ruled that Philadelphia should collect its contract damages plus $221,455 in attorney fees. After all, Philadelphia had written a deceptive denial letter and engaged in an unwarranted refusal to settle, she said.

But Eagles refused DENC’s request to be awarded treble damages because of the insurer’s “deceptive” trade practices. Both DENC and Philadelphia appealed the decision.

The 4th Circuit panel majority rejected Philadelphia’s argument that Eagles had erred in finding the damage was covered under its policy. The insurer contended that the damage occurred before its policy incepted because it was caused by a construction defect when the complex was built in 2004. That caused water seepage to slowly erode the support for the breezeway. The court said it will “decline to characterize the loss in a way that precludes an entire category of coverage,” a stance that would “render policy terms meaningless.”

The panel also was unpersuaded by Philadelphia’s argument that DENC was not required to provide temporary housing for the displaced students. The company could have lost its relationship with Elon University if it had taken that stand, the opinion says.

The panel majority said the insurer never gave the policyholder a clear explanation of why it was denying the claim.

“Instead, it left DENC to decipher a morass of largely inapplicable policy language with no clear connection to Philadelphia’s factual investigation,” the opinion says.

The panel remanded the case to the trial court with an order to enter judgment for treble the contract damages.

Circuit Judge Allison Jones Rushing dissented to that part of the ruling. Although she concurred with the finding that Philadelphia was liable, she said that the carrier had “reasonably” explained its reasons for denying the claim, even if its letter of explanation was “not a model of clarity.”