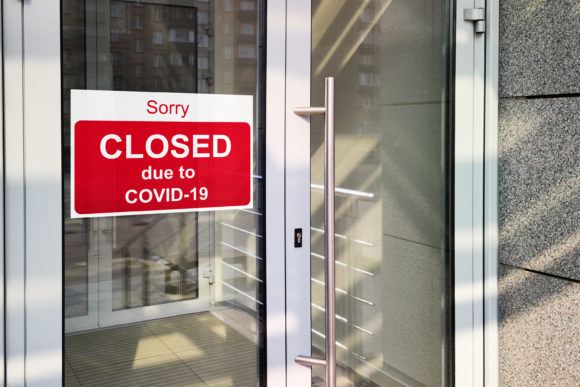 An insurer has been upheld in its denial of coverage in a first ruling on Covid-19 business interruption insurance by a New York appellate court.

The appeals court upheld a New York county court—and said it agreed with various other New York state and with federal courts— that loss of use suffered by a restaurant is not the “direct physical loss or damage” needed to trigger commercial property insurance coverage.

The court agreed with the insurer that the Covid-19 virus’s alleged presence on the restaurant property did not constitute physical loss or damage as required under a commercial “all-risk” general property policy, which included business interruption coverage.

“[T]he impaired function or use of its property for its intended purpose is not enough” to trigger coverage, the First Department appeals court concluded.

The April 7, 2022 ruling in Consolidated Restaurant Operations, Inc. (CRO) v. Westport Ins. Co. was the first time an appellate court in New York has addressed whether business interruption due to COVID-19 is caused by direct “physical” damage to property, although the courts have previously addressed the phrase “direct physical loss or damage” in other contexts involving insurance.

In April 2020, plaintiff CRO claimed it had suffered direct physical loss or damage to its property because the “actual or threatened presence of the virus in and on its property (i.e. the ambient air and internal surfaces) eliminated the functionality of the restaurants for their intended purpose.” CRO is a franchise firm with restaurants in the U.S. and United Arab Emirates, including III Forks, Cantina Laredo, El Chico, Silver Fox, Black Oak Grill, Lucky’s Café, Cool River and Good Eats.

In July 2020, Westport Insurance denied the claim. The Westport policy insured all risks of direct physical loss or damage to insured property as well as associated time element losses, or business interruption loss. Westport denied the claim on the grounds that the “actual or suspected presence” of the virus did not constitute physical loss or damage to the property within the meaning of the policy.

CRO argued that the “physical droplets and respiratory particles that transmit the virus are so resilient that they cannot be entirely eradicated” from property. The absence of a virus exclusion was further evidence that coverage in the COVID-19 context is available under its policy, CRO further argued.

The insurer countered that plaintiff’s property had not undergone any physical change, let alone damage, due to the virus. Assuming the virus was present, Westport contended that the plaintiff did not identify “any aspect of its property, any item, or even a single knob or table that was physically altered by the presence of Covid-19.”

CRO also claimed that the term “physical loss or damage to property,” as used in its policy, covering “all-risk,” is ambiguous because the word “physical” is undefined and maintained that its claim that the virus particles physically impacted its property was “entirely plausible.”

A county Supreme Court agreed with the insurer and dismissed the complaint on the basis that the plaintiff had not sustained any “physical” loss or damage within the meaning of its policy and prevailing New York law. Now the appellate court has affirmed.

Where a policy specifically states that coverage is triggered only where there is “direct physical loss or damage” to the insured property, the policyholder’s “inability to fully use its premises as intended because of COVID-19, without any actual, discernable, quantifiable change constituting ‘physical’ difference to the property from what it was before exposure to the virus, fails to state a cause of action for a covered loss,” the court stated.

“The property must be changed, damaged or affected in some tangible way, making it different from what it was before the claimed event occurred. If the proffered facts do not identify any physical (tangible) difference in the property, then the complaint fails to state a cause of action” the ruling stressed.

The court added that if it were to accept that an economic loss without any attendant physical, tangible damage to the property is sufficient, it would render the term “physical” in the policy meaningless. “Phrased differently, under the terms of plaintiff’s policy, the impaired function or use of its property for its intended purpose, is not enough,” the court concluded.

The appellate court noted that the pandemic has engendered a great deal of litigation in New York and throughout the country concerning what a direct “physical” damage or loss entails, for purposes of commercial property insurance policies.

Federal courts applying substantive New York law have uniformly held that assertions that COVID-19 causes physical damage to property because it is contagious and hard to clean fail to state a basis for coverage where the policy requires direct physical loss or damage to the property.

Likewise, in a case applying New York law, the Second Circuit also rejected the plaintiff’s claim that it had suffered a “physical event” within the meaning of its policy because the facts did not show “direct physical loss” or “physical damage” to the plaintiff’s property and the policy did] not extend to mere loss of use of a premises.

“While these decisions are not binding on this court, their analysis of New York law is persuasive and we adopt their reasoning,” the appeal court said.

Other federal courts throughout the country, not applying New York law, but rather standard principles of insurance contract interpretation, have reached the same conclusion, that the terms “direct” and “physical” as it relates to “damage or loss to property” requires a direct physical loss of property, not simply the inability to use it.

Several trial level New York courts have also dismissed complaints with alleged facts similar to those in the CRO complaint.