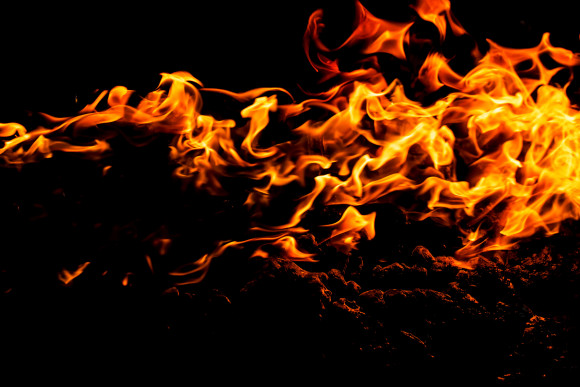 At least 10 buildings were damaged or destroyed and more than two dozen vehicles were burned in a four-alarm fire overnight in downtown Las Vegas, authorities said.

They said only one minor injury was reported, a person treated for smoke inhalation at the scene, and about 100 people went to an evacuation center.

The exact number of buildings, condo units, businesses and vehicles that were damaged was still being counted Sunday afternoon.

Las Vegas Fire & Rescue officials said the cause of the fire was under investigation and it’s believed it started in a building under construction.

Authorities said fire crews were returning to their station from a previous call when they noticed a large column of smoke in the downtown area around 1 a.m.

They said a building under construction inside a condominium complex was found engulfed in flames, threatening several nearby occupied condos.

Firefighters woke residents, telling them to evacuate as soon as possible.

Authorities said a power pole near one building caught fire and fell, bringing down several power lines which led to a large power outage downtown.

Additional fire crews were called in from North Las Vegas and Clark County before the blaze was deemed under control by 6 a.m.

EU Balks at U.S. Plan to Use Insurance to Cap Russian...