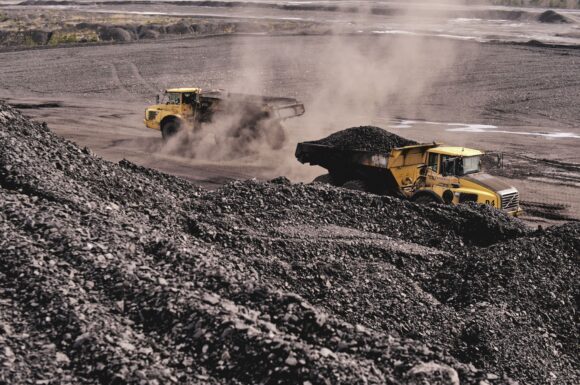 Europe’s landmark test of banks’ resilience to global warming was far softer than many lenders had expected, according to people familiar with the matter.

Even the toughest hypothetical scenarios in the European Central Bank’s climate stress test didn’t result in losses that would make a meaningful dent in capital buffers, said officials at six big euro-area banks that took part. The ECB is due to publish aggregate results of the test on July 8.

Banks participating in the exercise had to estimate how events such as floods would impact mortgage values, or how big a hit they faced if corporate clients defaulted after a spike in carbon prices. The test has been presented as a learning exercise for banks and regulators alike. But the industry is already using the results to lobby against efforts by some ECB officials keen for lenders to set aside more money to cover climate risks.

Bloomberg spoke to banks from four countries who said they would remain above their minimum regulatory capital levels in the various scenarios in the ECB test. That includes the so-called hot-house world, in which political leaders fail to act and global warming reaches around 3 degrees Celsius.

The hypothetical results come as a relief to bankers used to stress tests that factor in economic shocks to assess their financial strength, with outcomes usually feeding through to capital requirements. Executives at the banks said they benefited from mitigating factors in the scenarios, the spread-out nature of losses and the ability to adjust their balance sheets over the coming decades.

The ECB has said it won’t break out figures for individual banks when it publishes the results at the end of the week. An ECB spokesman declined to comment.

The ECB has publicly faulted banks for not having enough data or adequate models for calculating the risk they face from climate change. The scope of the test is also limited to a portion of banks’ balance sheets, meaning it doesn’t give a complete picture of the risks they face.

“I’m not sure we have a concept of accuracy as yet on this topic,” said Fernando de la Mora, a managing director at Alvarez & Marsal who is advising banks on the test. “There’s a wide array of outcomes at the banks for individual clients they share, major data gaps and the models are untested or developed just for this exercise.”

Top ECB officials had previously said that the test would only have an indirect effect on bank capital requirements this year, but that they plan to eventually treat global warming as they would any other risk.

The bankers Bloomberg spoke to said they don’t expect the test to have any impact on their individual capital requirements this year. And while they argued that the results aren’t sufficient to justify a new capital framework, some of the executives expect the ECB to continue work in that direction.

In the hot-house scenario, lower energy prices helped offset severe hits to the economy, one banker said. Slower loan growth over the period also meant banks had less to lose, said another.

“I don’t think banks take account of all the second-order impacts, with what happens to the business models of their clients, if we go into that hot house scenario,” said de la Mora. “Banks don’t have a good understanding of the location of the assets of their corporate clients unless it’s part of their collateral.”

The disorderly transition scenarios, in which governments are forced to ratchet up carbon prices after failing to take action sooner, result in a comparatively higher share of bad loans, said the people.

The banks said the earnings they expect to generate over the horizon of the exam’s various scenarios would be sufficient to mop up losses.

A key factor in the long-term scenarios was that banks were able to assume they would reduce loans to riskier clients like steel-makers or firms engaged in intensive agriculture, said the people.

Several banks said they were disappointed by the level of interaction with the ECB on the assumptions related to how their balance sheets will evolve. That’s likely to be an area the ECB follows up on with the banks, given a planned legal requirement for lenders to develop so-called transition plans.

Banks are braced for the possibility that the next climate stress test they face — potentially next year by the European Banking Authority — will use tougher parameters, the people said. One expressed surprise the exam didn’t take a harsher view of transition risk and the impact of extreme weather in the hot-house scenario.

Banks initially pushed back against the ECB’s plans for the climate test, citing the lack of available data. Yet several of the firms Bloomberg spoke to said the exam has helped them improve their ability to plan the evolution of their balance sheets and manage risks, notably from the risk of disruption to Europe’s energy supply.

Photograph: Trucks move coal tailings around a dump site at a coal mine in Knurow, Poland, on April 13, 2022. Photo credit: Bartek Sadowski/Bloomberg