Florida restaurants have had little success in recent lawsuits against Lloyd’s of London over insurance coverage for shutdowns during the COVID-19 pandemic.

On Wednesday, Florida’s 3rd District Court of Appeal, in the first COVID-coverage ruling by a Florida state appeals court, upheld a trial court’s order that affirmed Lloyd’s denial of a claim from Commodore Inc. and its GreenStreet Cafe in Miami. The local court and the appellate court found that the policy required “direct physical loss of or damage to property” and some tangible alteration to the insured’s property.

“We therefore affirm the trial court’s ruling that the economic losses GreenStreet suffered when it suspended its operations due to the COVID-19 pandemic does not give rise to coverage under the policy,” the 3rd DCA panel of judges wrote. “The trial court did not err in dismissing GreenStreet’s petition for declaratory relief and damages with prejudice.”

The opinion came one week after a federal appeals court found in favor of Certain Underwriters of Lloyd’s and other insurers in a similar suit brought by three restaurants and a furniture company. The U.S. 11th Circuit Court of Appeals on May 5 mostly upheld the federal district court for the Southern District of Florida in its dismissal of the complaints.

SA Palm Beach, Emerald Coast Restaurants, Rococo Steak, and RTG Furniture Co., like GreenStreet, had argued that the pandemic shutdown orders had caused heavy financial losses that should be covered by their insurance policies. But the federal district court and the appeals court found that the all-risk commercial policies covered only physical losses or damages to the property. 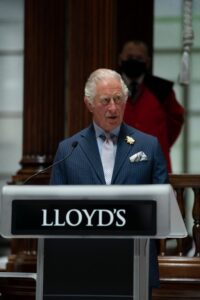 All-risk policies do not provide coverage for “every conceivable loss,” the judges wrote, citing previous decisions from the Florida Supreme Court.

On Emerald Coast’s complaint, involving spoilage of food, the court vacated part of the lower court’s dismissal and remanded the case for further consideration. The district court had not fully addressed the spoilage claim, the appellate judges said.

Businesses around the country have fared poorly in thousands of claims against insurers over the loss of revenue during the pandemic, particularly in federal courts. The University of Pennsylvania Law School’s litigation tracker site shows that through mid-April, 67% of insurers’ motions to dismiss coverage suits have been upheld in state courts. Federal courts have upheld 86% of the motions.

“It’s long past time for the plaintiff’s bar to throw in the towel,” University of South Carolina economist Robert Hartwig told the Claims Journal in April. “Courts across the country have ruled on thousands of cases arising from businesses small and large in many different industries. The message the courts are sending are seldom this consistent or this clear. COVID did not result in physical loss or damage to covered property. Period. End of story.”