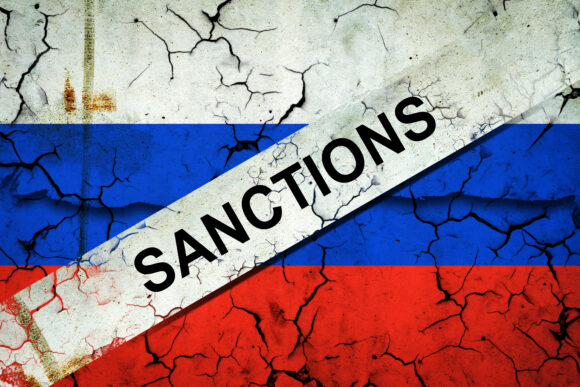 The Group of Seven (G7) wealthy nations is looking at blocking the transportation of Russian oil among other options to deprive Moscow of bumper revenues amid its invasion of Ukraine, unless it heeds a price cap.

In a statement released by Britain, G7 foreign ministers said they were considering “a comprehensive prohibition of all services that enable transportation of Russian seaborne crude oil and petroleum products globally, unless the oil is purchased at or below a price to be agreed in consultation with international partners.”

“In considering this and other options, we will also consider mitigation mechanisms alongside our restrictive measures to ensure the most vulnerable and impacted countries maintain access to energy markets including from Russia.”

Some traders and oil market analysts have expressed doubts a price cap would work as Russia has found ways to ship its oil to Asia without the use of Western ship insurance.

The G7 is made up of Britain, Canada, France, Germany, Italy, Japan, and the United States.

Many countries have imposed sanctions on Russia following its invasion of Ukraine, which Moscow calls a “special military operation,” but key oil consumers China and India have stepped up imports of discounted Russian barrels to record levels.

G7 Countries Aim to Have Price Cap on Russia Oil Before Dec. 5, When Sanctions Kick In

Western leaders have proposed addressing that through an oil price cap to limit how much refiners and traders can pay for Russian crude – a move Moscow says it will not abide by and can thwart by shipping oil to states not obeying the price ceiling.

U.S. Treasury Secretary Janet Yellen pitched the idea of the price cap to Asian leaders on a foreign tour last month and told Reuters she had held “encouraging” talks with India.

Some traders and oil market analysts have expressed doubts a price cap would work as Russia has found ways to ship its oil to Asia without the use of Western ship insurance. Moscow could also stop exports of some oil altogether, leading to a further spike in energy prices

G7 members have scrambled to find ways to plug energy shortages and tackle soaring prices while sticking to their climate commitments amid the tensions with Russia.

“As we phase out Russian energy from our domestic markets, we will seek to develop solutions that reduce Russian revenues from hydrocarbons, support stability in global energy markets, and minimize negative economic impacts,” the G7 statement said.