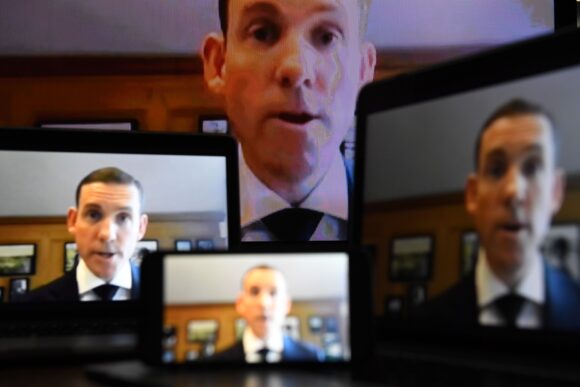 Greensill Capital collapsed more than a year ago, but $9.3 billion of assets sold to investors as notes are yet to pay out.

The lender, which collapsed in March 2021, sold short-term trade finance products to investors including funds run by Credit Suisse Group AG and GAM Holding AG. The investments were described as short-term products in fund documentation, rarely lasting any longer than 12 months.

A year after the firm collapsed, however, more than half of the $17.7 billion of investments that Greensill was running haven’t paid out, Greensill’s administrators at Grant Thornton wrote in a report published earlier this week. That shows the continuing difficulty faced by investors trying to get money back from the ultimate borrowers in what were supposed to be short-term, often guaranteed products.

Much of the money is owed by companies controlled by Sanjeev Gupta and U.S. miner Bluestone Resources, both of whom have been in discussions around restructuring their debts.

Greensill’s collapse has sparked a number of inquiries and investigations in several countries. The specialty finance firm, founded by former Morgan Stanley and Citigroup Inc. banker Lex Greensill, went into insolvency after a key insurance provider, Tokio Marine Holdings Inc., refused to renew coverage of notes it produced. Earlier this week, the Japanese insurer claimed there was a “fraudulent failure” by the lender to provide material documents before the start or renewal of some policies.

The funds run by Credit Suisse are still working to recover around $2.7 billion from notes its funds bought from Greensill.

Photograph: Lex Greensill, chief executive officer of Greensill Capital, gives evidence during a live steam of a Treasury Select Committee hearing into the collapse of his company, on various screens arranged in London, UK, on Tuesday, May 11, 2021. Greensill Capital collapsed in March in one of the most spectacular financial blow-ups of recent years, sending shock waves through a Swiss banking giant, two of Japan’s largest firms and a British tycoon’s industrial empire. Photo credit: Chris J. Ratcliffe/Bloomberg.