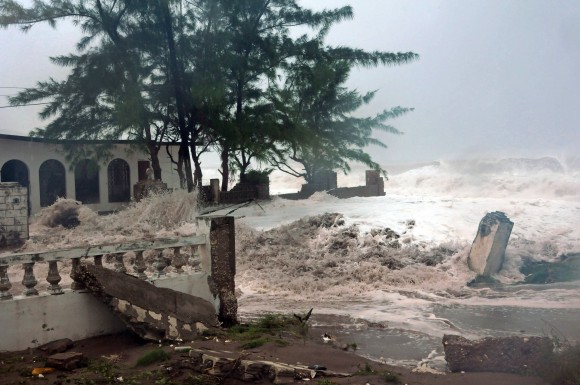 Howden, the London-based insurance broker, has worked with Munich Re and Skyline Partners to develop a product that protects the Jamaican Co-operative Credit Union League (JCCUL) against non-repayment of micro-loans from farmers in the event of extreme weather.

Approximately 100,000 smallholder farmers rely on the Jamaican Co-operative Credit Union League for loans to cover the cost of essentials, such as seeds, day-old chicks and farming equipment. Farming is the main source of income for around 18% of the Jamaican population.

Adverse weather events could lead to farmers being unable to repay their loans, putting the JCCUL’s ability to continue to offer financial support at risk.

The insurance product, which is based on a parametric trigger, replaces funds lost as a result of farmers defaulting on loans in the event of an extreme hurricane.

Howden said the new parametric insurance product will help stabilize a financial system that is being put under significant stress by the increased frequency and severity of natural disasters.

“If farmers can’t afford to repay their loans, our ability to remain operational is put at risk. Without loans from credit unions, many farmers in Jamaica simply would not be able to afford to operate,” commented Robin Levy, group CEO for JCCUL. “This coverage helps to smooth out that volatility and provides them the confidence to continue to deliver the essential financial support that so many people rely upon to make a living.”

In a region with low insurance penetration and increasingly frequent and severe weather events, the financial systems across the Caribbean are being put under significant stress, said Howden.

“Storms in the Caribbean are becoming more powerful, with increased rainfall and higher storm surge, and Jamaica has one of the highest physical exposures to tropical cyclones in the region,” he added.

“Climate change is causing huge changes in the type and scale of risks, especially for developing nations that are both facing the most severe effects, and are least protected by insurance,” said Charlie Langdale, head of Climate Risk and Resilience, Howden.

“This product demonstrates the potential for parametric insurance to take on risk challenges that don’t lend themselves to traditional insurance cover. We look forward to expanding this concept as we work with financial institutions to increase resilience against climate change and natural disasters by combining insurance innovation with technology,” according to Laurent Sabatié and Gethin Jones, co-founders and executive directors, Skyline.

Howden said it has contributed to the premium for the first year to support the growth of this proof-of-concept product, which has the potential to increase resilience of communities most exposed to extreme weather events. This is part of its wider agenda to unlock private capital, including donations from individuals, corporates and foundations, to help fund solutions for those who have limited access to traditional insurance products.