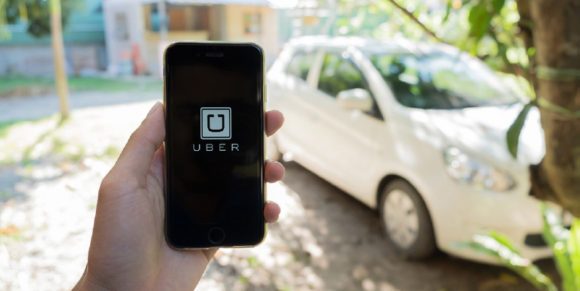 Transportation and delivery network companies including Uber, Lyft, DoorDash and Instacart have been dealt a setback in Massachusetts as the state’s high court has rejected their ballot proposals that sought to both cement their app-based drivers’ status as independent contractors and shield themselves from liability for lawsuits stemming from their workers’ actions.

The Massachusetts Supreme Judicial Court on Tuesday ordered the two proposals removed from the November ballot essentially because they overreached in addressing two separate policy issues when state law requires subjects of a ballot referendum to be related. The court said the proposals not only fail the related subject test but also are presented in a way that could be confusing for voters.

The courier and rideshare companies have pumped more than $17 million into a campaign designed to win over voters in November. The thrust of their campaign is their promise to provide a minimum level of compensation and benefits to app-based drivers without their employees being classified as employees, which could entitle them to a fuller menu of benefits and protections.

Labor and technology company critics hailed the court ruling as a victory for workers’ rights.

The industry group, maintaining that a majority of their workers supported the referendum, expressed disappointment. The group called on the state legislature to act to defend the independent contractor model.

The proposed laws would have classified an app-based driver as “an independent contractor and not an employee or agent” of a network company, regardless of the classification of app-based drivers under existing law. They also specified a minimum level of compensation and benefits for app-based drivers. At the end of each was another provision that would limit tort liability of network companies for their drivers’ misconduct or negligence.

The court said the sections regarding liability are not only insufficiently related to the first sections on the company-driver relationship but are tacked onto the end and “confusingly vague and open-ended.”

The industry actually launched its campaign to place the matter on the ballot after state Attorney General Maura Healey in July 2021 sued Uber and Lyft claiming their drivers should be considered employers under state law. A state court denied the industry’s bid to have Healey’s lawsuit dismissed.

In September 2021, Healey’s office certified both petitions as acceptable to be on the ballot.

In January 2022, 12 voters, including labor advocates, sued, claiming that the attorney general’s certifications of the petitions were in error.

The high court cited previous cases where it rejected petitions containing unrelated subjects that address “two separate public policy issues” and said it had to be sensitive to the packaging of proposed laws in a way that might confuse the voters.

The court explained why the gig worker petitions should not have been certified to be on the ballot:

“The petitions thus violate the related subjects requirement because they present voters with two substantively distinct policy decisions: one confined for the most part to the contract-based and voluntary relationship between app-based drivers and network companies; the other — couched in confusingly vague and open-ended provisions – apparently seeking to limit the network companies’ liability to third parties injured by app-based drivers’ tortious conduct,” Justice Scott Kafker wrote for the court.

The courier and transportation network industry-backed Massachusetts Coalition for Independent Work, through its affiliated entity, Flexibility and Benefits for Massachusetts Drivers, has been advocating for the ballot initiative, including running television ads. The group issued a statement claiming that a “clear majority of Massachusetts voters and rideshare and delivery drivers” supported the measures.

“The future of these services and the drivers who earn on them is now in jeopardy, and we hope the legislature will stand with the 80% of drivers who want flexibility and to remain independent contractors while having access to new benefits,” the group added.

Wes McEnany, director of the opponents’ Massachusetts Is Not for Sale campaign, sees the ruling as a win for workers and the public. “The ballot question was written not only as an attempt to reduce the rights of drivers but also would have put the rights of passengers and the public at risk. The ballot question would have allowed these companies to avoid their most basic responsibilities to provide safe and reliable transportation service,” McEnany said.

Cletus Awah, a rideshare driver and member of the Massachusetts Independent Drivers Guild, said the guild’s members “know that these companies can afford to treat workers better.”

According to Juliet Schor, Boston College professor, a plaintiff in the appeal and expert on the gig economy, the ruling is a “significant blow” to the companies and raises questions about the viability of their business model.

There have been challenges in other states over the rights of gig workers. After Uber, Lyft and other gig economy companies waged a similar ballot battle in California in 2020 to secure their independent contractor model and won, they said they planned to wage similar campaigns in other states.

In a separate ruling today, the Massachusetts court upheld the certification of a ballot proposal concerning regulation of dental costs and insurance plans.