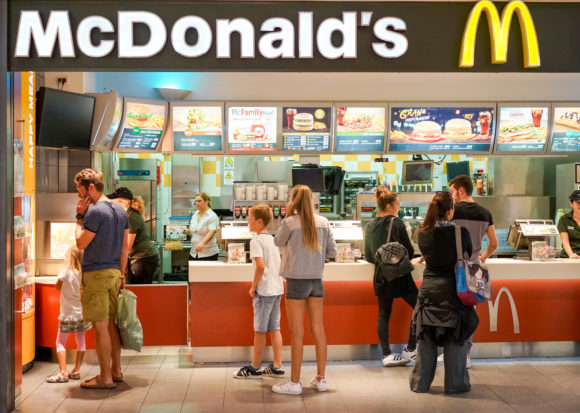 McDonald’s Corp. investors voted in favor of a proposal calling for an independent civil-rights audit, going against the company’s recommendation, according to preliminary vote totals viewed by Bloomberg.

The fast-food chain joins the ranks of other large businesses facing a wave of shareholder scrutiny regarding their environmental, social and governance stances. The civil rights audit was the only shareholder proposal to gain the backing of a majority of votes cast at McDonald’s annual meeting. Other votes that failed included a request for a report on lobbying activities and spending.

The vote was a close one and one of several contentious issues on the ballot at the virtual stockholders meeting Thursday, with 52% of votes cast in favor of the proposal, 47% against and the remainder abstaining. McDonald’s didn’t allow media to listen to the meeting.

While the vote is nonbinding, failing to follow through wouldn’t look good, according to Nell Minow, who advises companies about corporate governance as vice chair at ValueEdge Advisors. Even before the vote, large shareholders including Norges Bank and the State Board of Administration of Florida voiced their support for an audit.

The company’s second-biggest shareholder, BlackRock Inc., voted against the proposal even though it’s undergoing its own racial-equity audit, according to people familiar with the matter.

McDonald’s Beats Back Challenge to Settlement With U.S. Labor Agency

Separately, McDonald’s said activist investor Carl Icahn received only about 1% of shareholder votes in favor of his two director candidates, failing in his drive to advocate for animal rights through a proxy challenge.

The shareholders voted to re-elect all 12 of McDonald’s board members, the Chicago-based company said in a statement. Icahn had nominated two new directors as part of his campaign for pregnant pigs to be treated more humanely in McDonald’s supply chain.

The company likely will have to gather details and data from its franchised locations, along with customers and suppliers, to measure if and how their practices may be contributing to social and racial inequities. About 95% of the company’s locations are franchised and employ their own staff, which means they make individual decisions on hiring and pay.

McDonald’s Chief Executive Officer Chris Kempczinski said during the meeting that the company had raised wages at its company-owned locations, but that didn’t include those franchise stores. Last year, the average wage was increased to $13 an hour, but the company declined to give an updated figure for 2022.

A group of Black franchisees has demanded that the company do more to aid current minority franchisees who are facing systemic barriers to their success. McDonald’s meanwhile has been trying to increase diversity in its corporate leadership, and has vowed to shift more spending to minority-owned suppliers.