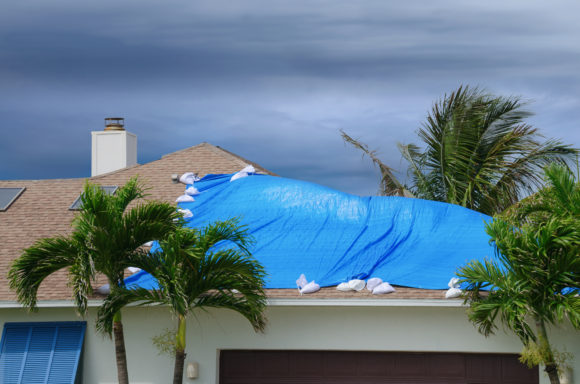 In a decision that’s being called a win for insurers, Florida’s 4th District Court of Appeals held last week that the statutory notice of intent to sue applies to all assignment-of-benefits agreements signed after the 2019 law was enacted, even if the insurance policy pre-dates the statute.

The plaintiff’s attorney in the case said the decision could have widespread implications for other types of assignees.

“Today it’s AOB, but tomorrow it could be mortgages, health insurance and others who are named assignees,” said attorney Michael Redondo, of Miami, who represented Total Care Restoration in the suit against Citizens Property Insurance Corp.

Redondo and insurance attorneys said the decision could also affect policyholders’ notice of intent that must be given before lawsuits are filed in non-AOB claims disputes, a key part of Senate Bill 76, which took effect in July 2021.

“Based on the Total Care decision, carriers can argue the notice requirement applies to any lawsuit filed after July 1, 2021 and, therefore, the issue of retroactive application is moot,” reads a blog by attorneys Allan Rotlewicz and Michael Tessitore of the Rumberger Kirk law firm.

Redondo said the appeals court’s April 20 opinion was in error, but his clients have not decided if they will appeal to the state Supreme Court.

In the suit, Total Care Restoration, a large repair and renovation contractor based in Doral, Florida, argued that the 2019 AOB law did not apply because the Citizens insurance policy was written long before the statute was adopted.

Homeowner Annie Griffith found water damage in her home in 2018. More than a year later, in July 2019, just after the AOB law took effect, she assigned benefits to Total Care, which performed dryout services. In September of 2019, Citizens denied the claim. Total Care then filed suit, asking a court to declare that the work was covered by the policy.

Citizens’ attorneys argued to the court that Total Care had not given the 10-day notice before it filed suit. The 2019 law, Florida Statute 627.7152, stipulates that the notice must specify the damages in dispute, the amount claimed and a pre-suit settlement demand. Total Care contended that to apply the notice requirement to an older insurance policy would be making the law retroactive, something not spelled out in the statute and generally frowned on by the courts.

The trial court in Broward County disagreed and sided with Citizens. On appeal, the 4th DCA upheld the lower court’s ruling.

“Contrary to Total Care’s argument, the statute was not applied retroactively—the trial court applied it to an assignment executed after the effective date of the statute,” appeals court Judge Robert Gross wrote in the opinion for the 4th DCA three-judge panel. “The assignment itself tracks verbatim much of the statutory language contained in section 627.7152, evidencing the parties’ acknowledgement of the statute’s application to the July 16, 2019 assignment of benefits.”

The judges found that Total Care had no interest in the claim or the policy until it signed the AOB agreement. Only then did the restoration company stand in the shoes of the policyholder. The contractor had relied on a 2010 decision by the Florida Supreme Court, Menendez vs. Progressive Express Insurance, in which the court found that a pre-suit notice requirement in a personal injury protection auto insurance case could not be applied retroactively.

But the appeals court said that the Menendez case was not relevant because it did not involve an assignment of benefits.

Redondo said Tuesday that the 4th DCA “missed the mark,” and that case law since the 1800s has upheld the concept that assignees and assignors are legally indistinguishable. He also pointed out that the appeals court decision did not address the substance of the statute itself, only that it was not retroactively applied, which leaves lingering questions.

He acknowledged that the AOB notice-of-intent question will probably resolve itself. Most AOB claims now in the courts were filed after the 2019 law was enacted, many policies have been written or renewed since then, and many assignees are giving pre-suit notices, attorneys have said.

But on insured’s pre-suit notices on direct claims against insurers, as required by SB 76, issues remain to be settled. “That’s the next fight to come,” Redondo said.

Attorney Maureen Pearcy, who represented Citizens in the Total Care appeal, did not comment on the 4th DCA decision Tuesday morning. But insurance attorneys Rotlewicz and Tessitore said the opinion could play in insurers’ favor in direct claims litigation.

“This decision may be beneficial to carriers seeking compliance with Section 627.70152, Florida Statutes, regarding the pre-suit notice required in an insured lawsuit,” they wrote. The SB 76 notice requirement “went into effect on July 1, 2021 and applies ‘exclusively to all suits not brought by an assignee arising under a residential or commercial property insurance policy…’”

The Total Care decision came a day before the Florida Supreme Court added clarity to another pre-suit notice requirement. The court found that notices in medical malpractice claims need only be mailed before the deadline, not received by the defendant.