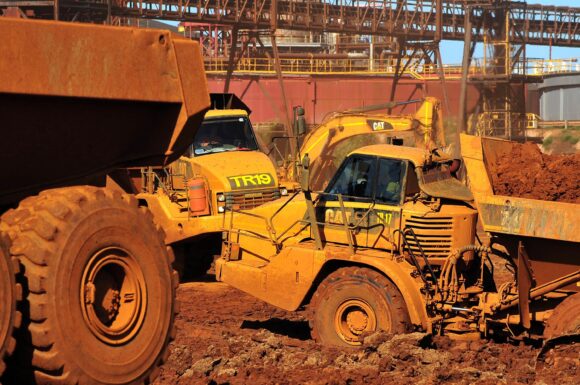 A landmark inquiry into Australia’s mining sector has uncovered dozens of shocking cases of sexual harassment and abuse of women workers at companies including BHP Group and Rio Tinto Group.

The Western Australia government report released [June 23] described “horrific” incidents at the workplaces, which it labeled both a failure of the industry and an oversight by government. Among recommendations were the payment of compensation to the many workers who became victims of bosses and colleagues on remote projects.

“I was shocked and appalled well beyond expectation by the size and depth of the problem,” Libby Mettam, chair of the inquiry, said in the report. “To hear the lived reality of the taunts, attacks and targeted violence, the devastation and despair the victims experienced, the threats to or loss of their livelihood that resulted was shattering and completely inexcusable.”

The probe delves into the dark corners of an industry that’s under mounting pressure from investors, governments and society to address its impacts on local communities and the wider environment. BHP and Rio Tinto issued their own inquiries after allegations from women emerged in Western Australia’s $159-billion a year resources industry, where so-called Fly In-Fly Out (FIFO) workers are transported to remote sites for several weeks at a time.

Among the allegations of abuse revealed in the report were:

“Rio will closely study the report’s recommendations,” Rio’s iron ore chief Simon Trott said in an emailed statement. “The courage of people coming forward to tell their stories has been critical in terms of shining a light on behaviors that must change within our company and our industry.”

BHP said it’s committed to creating a safe and inclusive workplace and is taking action including “regular training and engagement with our teams, additional investment of $300 million in our facilities, stricter controls on alcohol consumption, strengthening our support networks and reporting and investigation processes, and encouraging our people to call out disrespectful behavior in all its forms.”

Chevron will also review the findings and the inquiry has “provided a critical opportunity to learn, act and improve,” the company said in a statement. A Woodside spokesperson said separately that it was reviewing the report and “we recognize that everyone in the industry must do better in order to ensure a safe and respectful workplace for all.”

Fortescue’s chief, Elizabeth Gaines, said that while the company has implemented safety enhancements at worksites after conducting its own review, “we acknowledge that some inappropriate behavior still occurs.”

“In line with our zero-tolerance approach to harassment, bullying, discrimination and intimidation, we will continue to encourage our team members to call out inappropriate behavior, to speak up and take clear decisive action when they do identify behavior which does not align with our values,” Gaines said in a statement.

In Western Australia, a resource-rich state four times the size of France that’s the center of a massive iron ore industry, remote mines that can only be accessed through flights by FIFO workers have been especially risky for women. They remain largely male-dominated, with workers living in camp-style accommodation.

A report commissioned by Rio Tinto and released in February showed more than a quarter of its female workers have experienced sexual harassment and almost half of all staff have been victims of bullying. Larger rival BHP last year said it fired 48 workers at its sites in Western Australia since 2019 after verifying allegations of harassment.

The Western Australian government should “consider establishing a forum to hear, document and acknowledge the experiences of victims of historical workplace sexual harassment,” the report recommended. “Part of this process could include exploring opportunities for redress, such as formal apologies from companies and/or perpetrators and appropriate compensation.”

Other recommendations in the report, which are expected to be accepted by the state government, include:

“We were told how sexual harassment is generally accepted or overlooked, of the abuse of positions of power, serious breaches of codes of conduct, and a culture of cover-up,” Mettam said. “It is simply shocking this could be taking place in the 21st Century in one of the state’s most lucrative industries.”

–With assistance from David Stringer.