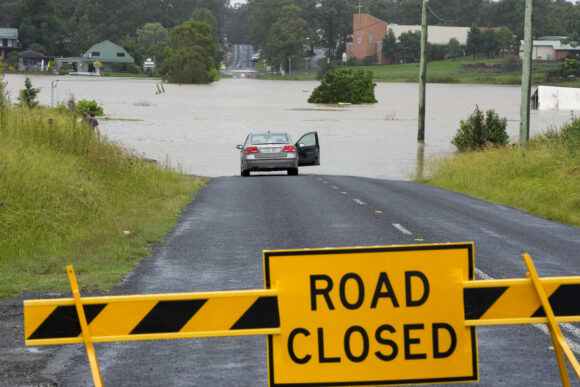 The majority of gross losses from recent devastating flooding in Australia likely will be borne by reinsurers with limited impact on primary insurers’ balance sheets, according to an AM Best report.

The flooding brought widespread damage to regions of New South Wales and Queensland from late February into March 2022.

The Insurance Council of Australia (ICA) estimates insured losses in excess of A$2.5 billion (US$1.9 billion), a figure that is likely to increase, said AM Best, because the figures are based on current claims reports, which will rise as more claims are submitted, rather than an expectation of the final bill.

While the flooding should have limited impact on primary insurers’ balance sheets, insurers may see higher pricing and tougher terms and conditions in subsequent reinsurance negotiations, which could place negative pressure on operating results in future years, said the report, titled “Reinsurers Count the Cost as Australia Endures Another Devastating Flood Season.”

Effects of Demand Surge and Inflation

The final insurance bill from this event will depend on a number of factors, such as demand surge and inflation, which will push up claims costs.

“The insurance cost associated with natural catastrophes is generally subject to ‘demand surge,’ inflation resulting from a localised increase in costs of labour and materials to rebuild,” the report explained. “Prices of building materials are already at inflated levels due to supply-chain slowdowns and as demand intensifies in the aftermath of COVID-19-related lockdowns.”

At the same time, the Russia-Ukraine war has further exacerbated upward price momentum “by pushing up the price of oil and further constraining the supply of certain commodities.”

The total net exposure of direct insurers will be driven in part by reinsurance contract terms such as “the hours clause,” said the report, noting that this clause stipulates the reinsurer will cover all the financial losses accumulated in a defined number of hours.

“Treating the flooding as multiple events based on the hours clause could lead to significantly higher net cost or increased utilisation of annual aggregate reinsurance programmes for direct insurers,” AM Best added. “A further consideration for insurers could be the additional cost associated with reinstatement premiums or purchase of additional aggregate excess-of-loss cover mid-year in order to maintain effective protection for events that may occur before full renewal of the programme.”

While too early to determine the full costs of the flood damage, AM Best said a comparison can be made with historical flood events in Australia. For example, the 2011 and 1974 Brisbane floods led to insured losses (at current values) of approximately A$2.1 billion (US$1.6 billion) and A$3.2 billion ($2.4 billion), respectively.

In recent years, there has been an increased frequency of extreme weather events in Australia, including the 2019 Townsville floods, the 2019/2020 bushfires and the January 2020 hailstorm, the report said.

AM Best pointed to the fact that declared catastrophe events between fiscal years 2019-2021, cost insurers approximately A$11 billion ($8.3 billion), compared with a total of A$4.6 billion ($3.5 billion) for the previous three years.

“With the increased frequency of flood, cyclone and bushfire events resulting in large insured losses in Australia, AM Best expects to see an increased focus by re/insurers on understanding, controlling and mitigating climate risk.”

Photograph: A car is parked near a flooded road at Windsor on the outskirts of Sydney, Australia, on Thursday, March 3, 2022.Tens of thousands of people were ordered to evacuate their homes and many more were told to prepare to flee when parts of Australia’s southeast coast were inundated by the worst flooding in decades. Photo credit: AP Photo/Rick Rycroft.

Insurance admin - June 23, 2022 0
New You can now listen to Insurance Journal articles!This content was recently published in the...