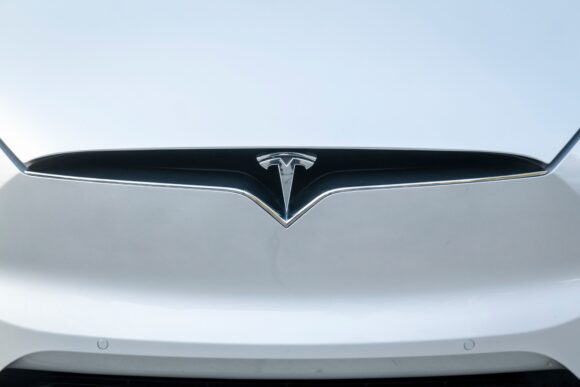 Tesla Inc. can’t escape a trial over claims the automaker is responsible for the death of a Florida teenager who crashed a Model S into a wall at 116 miles an hour in 2018.

A federal judge’s ruling paves the way for a trial in July, the first time Tesla will face a jury in litigation over a car crash. The electric car-maker faces a flurry of lawsuits over a spate of accidents that have also drawn increasing scrutiny from safety regulators.

Barrett Riley, 18, was at the wheel of his father’s Model S when he lost control and veered into a concrete wall of a house in Fort Lauderdale. The car was engulfed in flames. Riley and his friend in the passenger seat were both killed.

The father, James Riley, alleged in a lawsuit that Tesla was negligent for removing a speed-limiting device from the car after his wife had asked for it to be installed. The after-market device was designed to cap the car’s speed at 85 mph.

The family also argued that Barrett could have survived the impact of the crash but lost his life because of the intense fire, which the suit attributes to a defective design in the battery.

“We very much look forward to proceeding to trial in this important case against Tesla,” said Curtis Miner, an attorney representing the Rileys. Tesla’s attorney, Wendy Lumish, didn’t respond to requests for comment.

In its defense, the company said the speed limiter was removed on Barrett Riley’s instructions when he came to the Tesla shop where the car was being serviced.

Tesla also argued that fires aren’t uncommon when cars crash and that the Rileys haven’t offered proof that a defect was to blame for their car catching fire.

U.S. Magistrate Judge Alicia Valle denied Tesla’s request to dismiss the case without sending it to a trial over claims the company’s handling of the speed limiter was negligent and battery was defective.

Valle found that the Rileys had shown that the removal of the speed limiter without consent or notice may have had an impact on events in the case. The judge also ruled the Rileys can seek punitive damages on the negligence claim.

A jury will have to determine whether the vehicle’s battery was defective based a finding by an expert retained by the Rileys that the design lacked certain fire-retardant materials, the judge said. The Rileys dropped their request to seek punitive damages over the alleged defect.

The National Transportation Safety Board concluded in 2019 after investigating the crash that Barrett Riley and his front-seat passenger died as a result of the fire. A passenger in the rear, who wasn’t wearing a seat belt, was ejected from the car and survived with multiple fractures.

The crash is one of several reviewed by the NTSB in which fires erupted in the highly flammable lithium-based batteries used in Teslas and other vehicles. The batteries are difficult for firefighters to extinguish and can reignite hours or days after a crash.

A suit that blames Tesla’s Autopilot driver-assistance feature for a fatal 2019 crash that killed a Florida man was initially scheduled to go to trial earlier this year in Palm Beach County. But that trial was pushed to September.