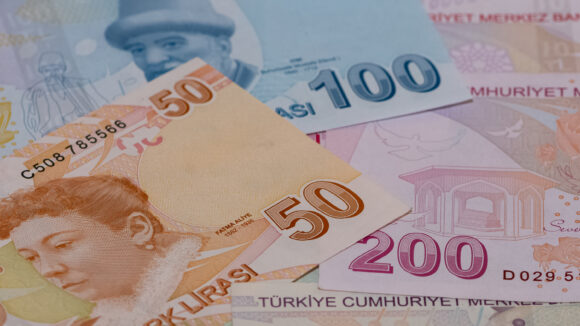 Turkey’s insurance association is in talks with the country’s Treasury on a potential inflation-indexed bond issue, the group’s head told Reuters, as insurers seek a new mechanism to protect their capital from soaring inflation.

Turkey’s inflation rate hit 73.5% in May and is expected to rise further in the country where real yields are sharply negative and the central bank’s policy interest rate has been held at 14% since December.

Ozgur Obali, secretary general of the Insurance Association of Turkey (TSB), said a bond with returns above inflation would provide relief to insurers.

Insurers can buy around 30-32 billion lira ($1.8-1.9 billion) of the bond, he said in an interview, highlighting the level of potential demand for the bond.

“We’re expecting an investment tool that would at least prevent our capital from eroding. We have reached out. Now it depends on the availability of the authority,” Obali said, referring to approval needed from the Treasury, which would issue the bond.

Inflation has been driven to 24-year highs by a weak lira currency, which lost 44% last year and is down 21% this year due largely to the government’s unorthodox monetary policy stance.

Insurance companies’ premiums increase in line with inflation, but their profits have declined. Income has stalled because yields on financial investments remain below inflation.

The TSB expects the Treasury to approve the bond issue very soon, providing some relief for the sector if it is indexed to inflation, Obali said.

“We took a serious hit in the first quarter but think the effects will ease gradually since our price adjustments are implemented on a delayed basis,” he said, referring to premiums.

Obali said the current rise in premiums due to inflation would contribute positively in coming years but the sector needs a short- or medium-term financial instrument to help them out of the spiral.

He said the Treasury would decide on the framework for the instrument and SDDK insurance watchdog would need to approve it.

Obali said he expects smaller insurance companies to merge with others or be acquired by bigger ones, following a global trend.

“I think (consolidations) are inevitable. When the conditions are appropriate, I believe they will accelerate substantially,” he said.

Insurance admin - September 26, 2022 0
Extraordinary use of electricity has long been a telltale sign of illegal grow houses producing...