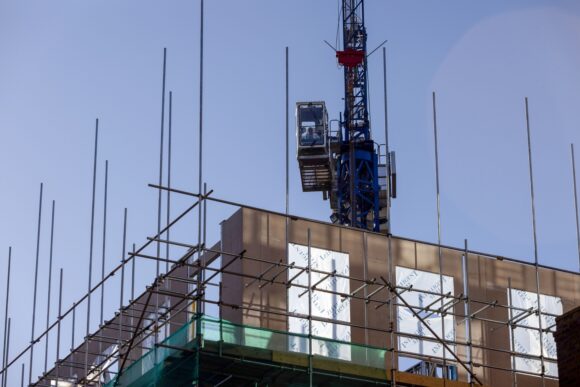 Developers responsible for building half of the new homes in the UK have committed more than 2 billion pounds ($2.6 billion) to help fix safety issues.

So far 35 developers have made commitments to fix issues on buildings that are up to 30-years old, the UK department for Leveling Up, Housing and Communities said in a statement Wednesday. The government also plans to extend its Building Safety Levy to raise a further 3 billion pounds to fix historic issues, according to the statement.

The UK has been grappling with how to address widespread fire safety failures that were exposed in 2017 by the blaze that killed 72 people at Grenfell Tower in London. Uncertainty over who should fund repairs has left thousands of homeowners unable to sell their homes and trapped in tower blocks that may be unsafe.

“Today marks a significant step towards protecting innocent leaseholders and ensuring those responsible pay to solve the crisis they helped to cause,” Levelling Up Secretary Michael Gove said in the statement. “But this is just the beginning. We will do whatever it takes to hold industry to account, and under our new measures there will be nowhere to hide.”

The country’s largest homebuilders including Persimmon Plc, Barratt Developments Plc, Berkeley Group Holdings Plc and Taylor Wimpey Plc have previously announced provisions to fund the work. Several major developers have since increased those provisions as the government pushed for projects of up to 30 years old to be included within the scope of repair work.

Flaws in the regulation of which materials were safe to use in the external cladding of tower blocks meant hundreds of mid- and high-rise buildings were developed in the UK with highly combustible materials. That landed residents with huge bills for temporary fire safety measures and uncertainty over who should pay for long-term solutions, particularly where buildings had since been sold on by their developers.

Thousands more were trapped in unsellable homes as insurers and lenders refused to finance some apartment purchases without certification that they were safe, checks that proved costly and time-consuming to carry out.

Photograph: A crane next to a residential block of apartments under construction in Croydon, Greater London, UK, on Monday, Jan. 17, 2022. Photo credit: Chris Ratcliffe/Bloomberg.