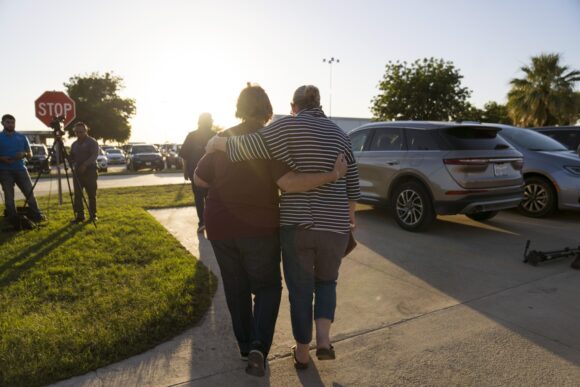 Parents of a slain fourth grader and a teacher at Robb Elementary School in Uvalde, Texas, are laying the groundwork for lawsuits against the gun maker that sold a semi-automatic rifle used in the mass shooting.

Emilia Marin, the teacher, filed a request to gather financial and marketing records from Daniel Defense, the Georgia-based manufacturer that sold the 18-year-old gunman an AR-15 rifle online. He picked up the gun at a local dealer’s shop. She’s also seeking to question company officials.

According to papers filed in Uvalde County district court, Marin’s attorneys are requesting information related to the sale of the specific rifle used in the school massacre, which left 19 students and two teachers dead. But they also want facts related to four Daniel Defense AR-15 guns found in a Las Vegas hotel room in 2017 from where a shooter killed 60 people and wounded more than 400.

Marin is also asking the gun maker to turn over the last 10 years of its sales data of AR-15-style semi-automatic rifles, its donations to the National Rifle Association and other lobbying groups, and any data the company has collected on the number of deaths or crimes associated with its guns since 2012.

Marin’s lawyers want any “facts surrounding Daniel Defense’s pattern of marketing of its products in a manner associating firearms, and minors, by posting on social media,” according to a copy of the filing.

Marin was wrongly accused by authorities of leaving a door propped open through which the gunman entered the school. The Texas Department of Public Safety later clarified that the shooter had entered through an unlocked door.

Daniel Defense didn’t respond to a request for comment.

Lawyers for Alfred Garza and Kimberly Garcia – parents of Amerie Jo Garza, a 10-year-old killed at the school – sent letters Friday to Daniel Defense, requesting much of the same marketing materials that Marin is seeking.

Mikal Watts of San Antonio, Charla Aldous of Dallas and Joshua Koskoff of Bridgeport, Connecticut – who specialize respectively in mass torts, individual civil rights and the Sandy Hook mass shooting – also put the gun maker on notice to preserve all potentially relevant information that might be used in litigation.

In particular, the lawyers said they wanted Daniel Defense to turn over any materials related to: “your incitement and encouragement of the assaultive use of these weapons; your online purchase system; your communications, on any platform, with the Uvalde shooter; and your awareness of the prior use of AR-15 style rifles in mass shootings,” according to a copy of the letter.

They asked Daniel Defense to cooperate and provide the information without forcing the family to sue to get it — a long shot request according to one of the lawyers.

“I can’t help but think they are not going to cooperate,” Koskoff said. “I would love to be proven wrong. It would be so refreshing if they picked up the phone and said what do you need from us, here is the information. But I don’t expect them to do that. We will get the information and lead our investigation either way.”

Photo: Residents attend a vigil for victims of the Robb Elementary School shooting in Uvalde, Texas on May 25, 2022/Bloomberg